It’s something of an unwritten rule that the best way to get over procrastination on writing new material for your personal website is to rip it all to pieces and port the remains to a new Static Site Generator instead.

I keep telling myself that it does strictly meet the definition of shaving the yak as it it should improve performance or give encouragement to write more which makes the sunk cost of doing the migration worthwhile.

Or so I keep telling myself as I said.

What Did You Do? permalink

I migrated my personal website from one Static Site Generator, Gatsby, to another, Eleventy. Looking back at the article I wrote when I first moved the site from Wordpress over to Gatsby, it’s been almost two years from the last major development.

Which says a lot: either about Gatsby and how well I got on with it. Or the fact that one whole year of that time was 2020 when it was difficult to find a break from my busy Twitter doomscrolling routine to do anything even mildly productive or creative online.

Why Did You Do That? permalink

I had a few reasons.

What is Gatsby? permalink

Gatsby is a React-based open source framework with performance, scalability and security built-in.

What is Eleventy? permalink

What I’ve Found So Far. permalink

I use my personal website as a place to post my own articles, stake out my own little spot on the world wide interwebz and try out the occasional new technology when the mood takes me.

With that in mind, I wanted something lightweight that let me use my existing Markdown articles and gave enough ease of CSS control that a design amateur (to say the least) like me could change some colours if he needed to.

I went with Joseph Dyer’s excellent Skeleventy starter. It uses Eleventy, TailwindCSS and SCSS to make a single blog with categories and featured images which was perfect for my needs.

The setup and format is a million times easier to get to grips with than my last Gatsby effort which got a tad too complicated for me with Typescript and a lot else besides.

Was it the right move? permalink

I was looking at three main components of my experience and outcomes to be able to judge it as a successful move:

It has to be said that Eleventy so far has far exceeded my expectations on all three counts. 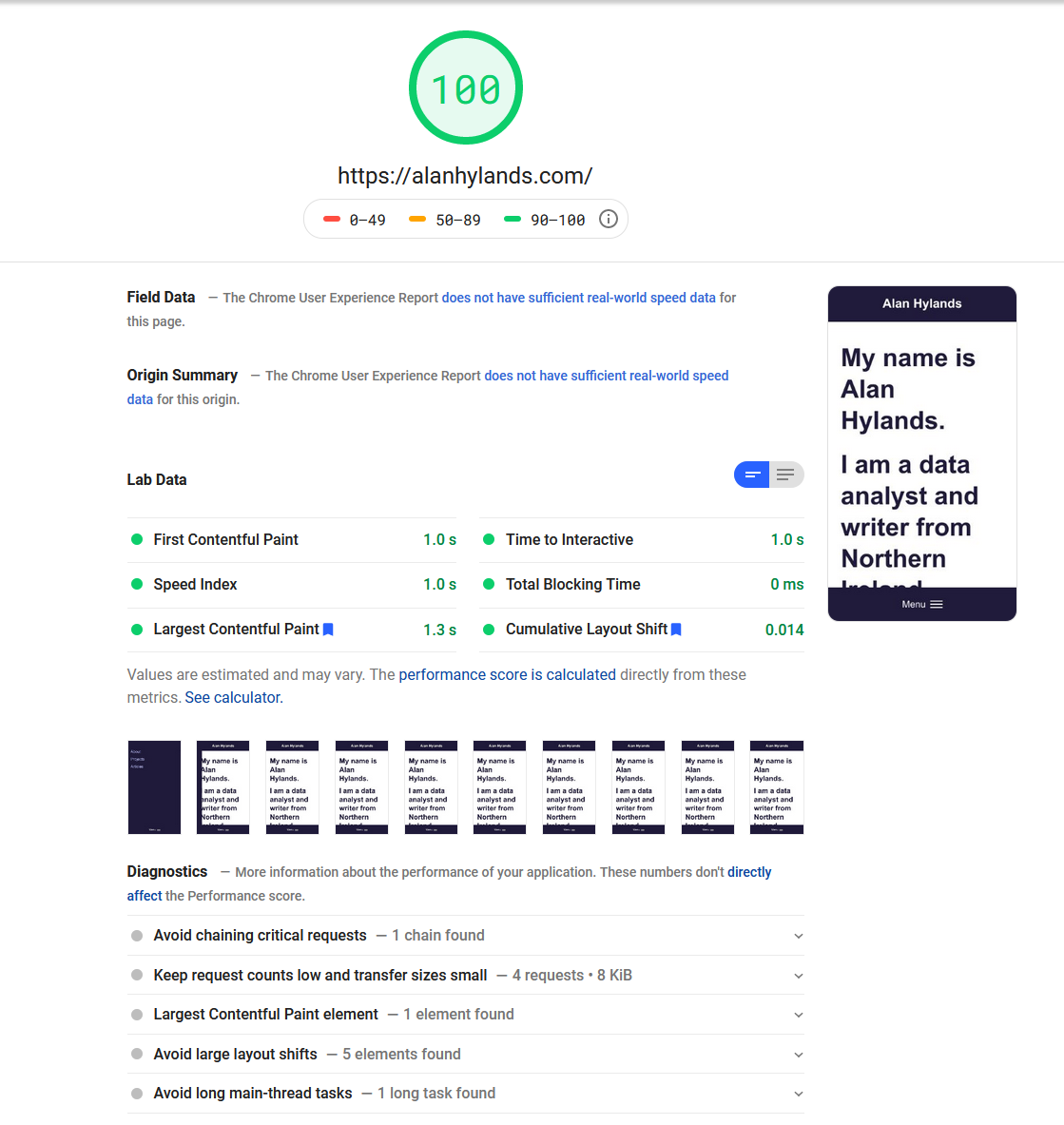 Would I immediately go and re-do all of the other business sites I’ve done in Gatsby as a result? No. I wouldn’t go that far just yet. But if I ever went for a major redesign I would be tempted, especially if I put some time into getting to grips with TailwindCSS a bit more.

The real proof of it being a worthwhile time investment will come when the new site encourages me to write a new article on it. Which, seeing as I’ve just written all of this, it’s done already...