What does that word mean to you? permalink

Doing the "right" thing? Doing "no evil" to other people?

Even within these vague notions of ethical behaviour, there are massive gaps for nuance on how to accomplish them.

"Ethics addresses the issues of what is right, what is just and what is fair."

Which again gives us the what but not the how.

Ethical questions crop up daily, not just in data and technology, but in society in general.

So how did we, collectively, allow ethics to become the forgetten element of our data and technology revolution?

But shouldn't it always have been like that? (I hear a quiet voice naively say.)

We’d all like to say yes. That it’s always been top of mind. But the truth is somewhat different.

And we all know it.

Netflix’s documentary film The Great Hack brings the story of what went on behind the scenes in the Cambridge Analytica / Facebook data scandal to a more widespread audience. It’s well worth a watch.

But it doesn’t steady the nerves to come out the other side and know deep down that it barely scratches the surface. Not even close, especially when it comes to dark money and the influence that has had on Western politics and discourse in society over the past decade.

We have all played our part. permalink

We have been complicit in handing over large swathes of our personal data and, in most cases, not even expecting any compensation for it. Someone has been getting rich off of it however - a lot of someones - and they have displayed absolutely no qualms whatsoever about doing it.

And those are just the tip of the iceberg.

Two things are at the root of all of it - data and technology. permalink 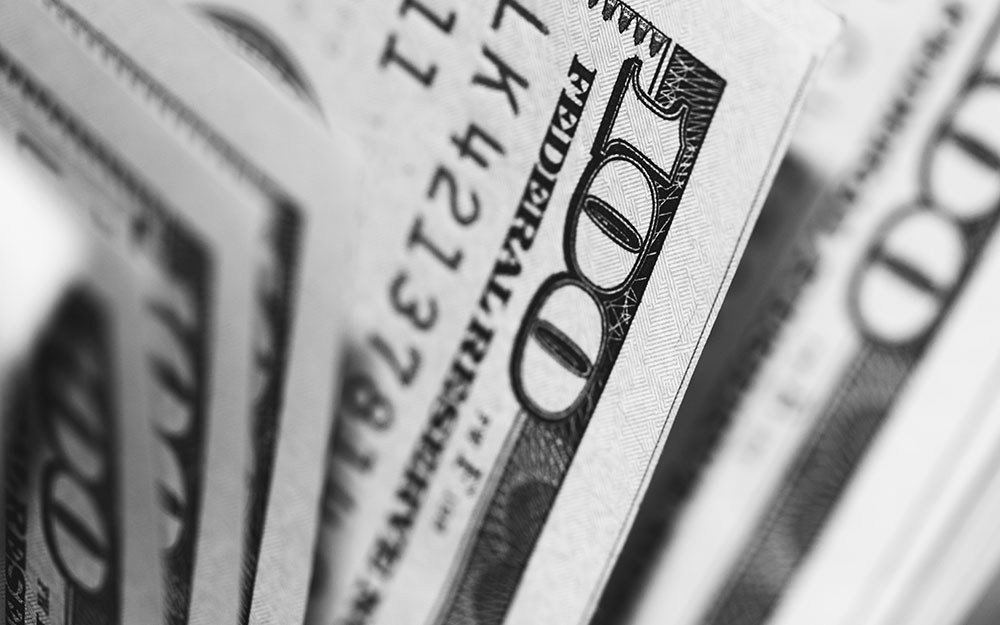 So on one side, we (the private citizens) have willingly given up our privacy and data at a faster rate than anyone could imagine or fathom.

And on the other side, we (the technologists of all shapes and stripes) have helped scoop it all up and turn into weapons of mass civil destruction.

All in pursuit of the mighty dollar. permalink

It’s been said that the greatest minds of our generation have been wasted on building new and ever more insidious techniques for the proliferation of online advertising technology. And what a sad thought that is.

For them and for the rest of us.

The detrimental race to the absolute bottom has been nothing short of disastrous for users and consumers alike. Just ask anyone who has used an internet browser over the past ten years.

How many would tell you the experience has gotten better as the technology has advanced? None bar the argumentative trolls would be my guess.

Professor David Carroll, one of the main protagonists in The Great Hack, wrote an article in 2015 where he likened adtech to fracking wells:

“The trackers that pepper every page start to look a lot like fracking wells. They tunnel deep into a place that they probably shouldn’t go, poisoning the well as they dig deeper toward personalization and retargeting. Consumers know they’re being stalked and most hate it.”

It’s little surprise to find that Professor Carroll was the man who pursued Cambridge Analytica with so much vigour to see how much of his own personal data they held.

It's not just being used to fuel consumer spending. permalink

It’s bad enough when the data being harvested is used to try and sell us more stuff we probably don’t need.

But even more so when it comes to using that data for voter profiling and deliberately using it as a base to attack democratic structures across the globe.

Yes, advertising has always been a dirty business you say. It was psychological warfare on an intimate, personal level long before David Ogilvy turned it into an art form. So what’s different these days?

The technological advances of the past decade have moved things to a previously unprecedented level. If unchecked, we could be looking back on these days as glorious halcyon days in terms of personal privacy in five years, never mind another ten.

We have to stop that downward spiral.

Have the tech unicorns done this to us on purpose? permalink 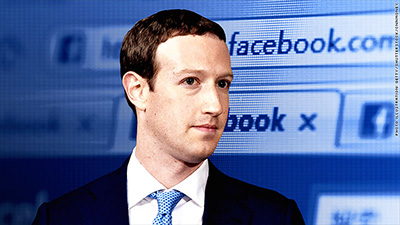 I refuse to believe that the leaders of this technology revolution set out to degrade personal privacy and standards of general decency on purpose.

Can we honestly say Mark Zuckerberg set up Facebook with the grand plan of turning into a modern, real-life Bond villain?

In his Harvard dorm room, he couldn’t have foreseen how every decision he took along the way would erode our civil liberties. But surely he sees it now.

The real power move would be in holding up his hands and saying “we’ve went too far here, far too far, it’s time to rein in back in”. But I’m seeing little of that in his recent appearances (and non-appearances) in front of a growing collection of different countries elected representatives. 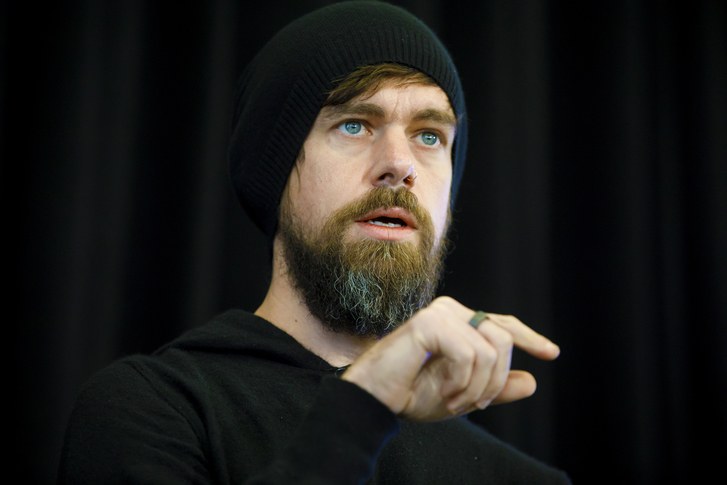 Jack Dorsey’s unwillingness to counter the issue of Nazis on Twitter is the same. It’s not that Jack lives in a bubble (although listening to his infamous podcast interview about his daily routine might suggest otherwise).

He knows the problem is there and has clearly decided not to address it. It’s right in front of his face. There is no moral obstacle to hide behind.

The people have to stand up for what is right. permalink

Do we instead have to look to the designers, developers and product managers in companies like Facebook and Twitter? Is it enough to hope they suddenly take appraisal of what they are part of and say “no, time to stop the train, I want off”?

At what point do they do a Mitchell & Webb, look around the open office at HQ and say “are we the baddies?” 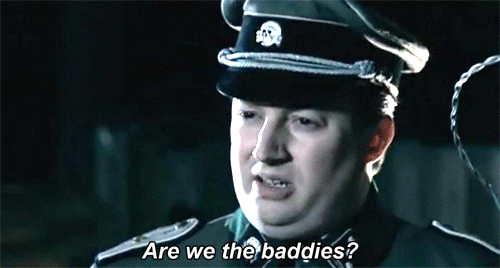 Or do they just quiet that voice in their head and tell themselves it’s not them. It’s “someone else” who should be making that decision, someone far above their pay-grade. A suit somewhere high up the chain of command who is getting paid much more money to make those calls. They just work there after all.

It comes down to your own personal ethics. permalink

It’s a matter of personal taste but how bad does the stench have to get before you can no longer hold your nose and ignore the smell? It comes back to ethics. Your own personal ethics. What you are prepared to do for a few quid and what are you prepared to accept in the pursuit of that.

It’s not an easy question for anyone. I know.

I've been there. permalink

I worked for over twelve years for a major high street bank. And barely a week of that time went by without another story in the press about how agents and staff members at that bank had conspired to hoodwink and screw over customers.

Normal Joe and Jane Public. Small business owners. Larger business owners. Young people. Older people. The vulnerable and the successful. There was little distinction made when it came to finding potential targets.

When things were really bad I took to telling people I was a human trafficker and drug dealer because it was less embarrassing to my kids than telling them the truth. I exaggerate slightly but I did use that line a few times on taxi drivers when we were having a chat about it.

You choose what you will accept - and what you won't. permalink

So why did I stick it out so long? Because I made damn sure that anything I was a part of was not ultimately detrimental to our customers. I wore the uniform (so to speak) but I was damned if I was going to ever take a hand in anything like that myself.

I was lucky. I worked for a manager who acted with integrity. He respected that I would not sit idly by and keep my mouth shut when things were being misrepresented to our team. But the continual tales of what had happened elsewhere in the organisation eventually took their toll.

I won’t let my conscience allow my children to starve for the sake of principles but what kind of father would I be to blindly ignore what is going on around me? And worse, willingly partake in it.

And for what? A paycheque. An annual bonus. A new car in the drive-way and another foreign holiday.

It comes down to where do YOU personally draw the line?

Data is the new oil. permalink

Which means it's incredibly valuable and VERY dangerous to handle. permalink 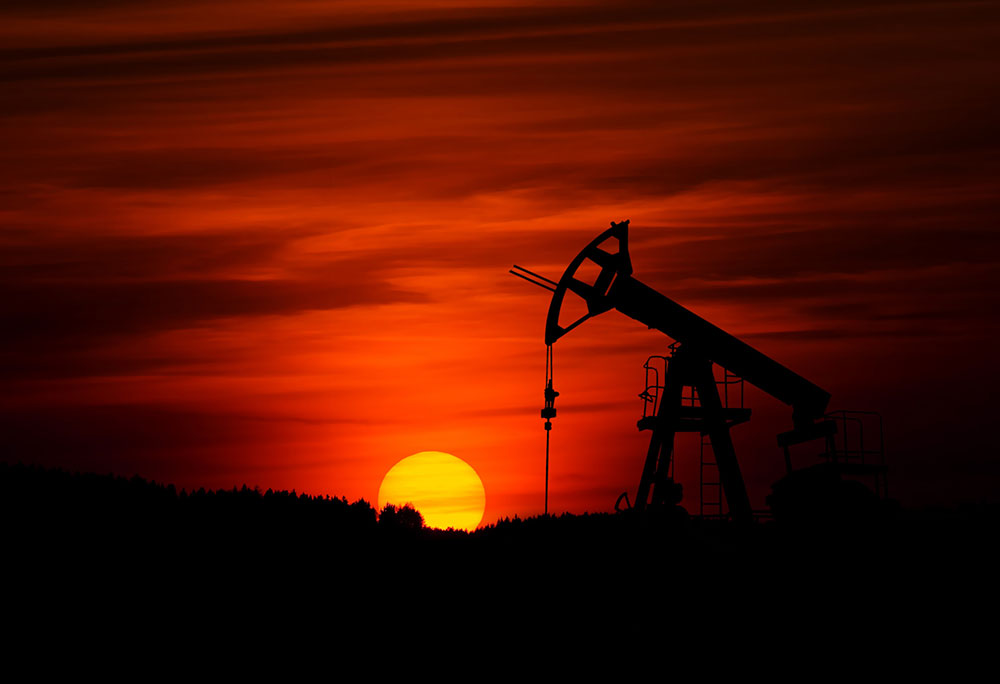 I had access to TONS of personal data about all of our customers. Where they lived. What they bought. Where they went. The who, what, when and how of their daily lives.

We could have used that many times to build data models that skirted the boundaries of what was legal and ethical. But we all have to have our lines in the sand. Regardless of where we sit in the company hierarchy.

Fighting the good fight for an ethical corporate culture. permalink

The major problem arises when the ethical breaches and general lack of willingness to pursue ethical business practices come from the very top. We hear a lot of talk these days about “corporate culture” but it’s here that the real standards are set.

It’s easy for an executive to make a public statement about how the culture is being changed and all of the misdeeds are in the past.

It’s difficult for employees, be they data professionals, developers or warehouse workers, to take that seriously when they know the person saying it was one of the culprits of the real ethical indiscretion.

We know. And we know YOU know we know. So stop the charade. For everyone’s sake.

If you keep asking me to do unethical practices as an employee then I WILL NOT WORK WITH YOU.

I am but one small instrument. But all of us together demanding the same standards - now that is something to be reckoned with.

An integral component of everything you do. permalink

Ethics MUST be embedded in our product development and interactions with customers at all stages. It can’t be taught separately in colleges - like it’s something distinct from the technical learning. It’s an intrinsic part of it.

That’s how we build a better future on strong ethical ground and put this current dumpster fire behind us.

Just because we can, doesn’t mean we should. permalink

As a data professional I want to help stem the tide of privacy violation. I still believe in the power of data and technology and the positive impact they can bring to society - as a whole and to the individual.

We will never achieve that if we set our morals and ethics on the shelf when we sit down to start coding. But it’s going to need a concerted effort from all data professionals to speak up when things are being done that harm us as a society.

We can’t rely on those “upstairs” to make those decisions for us. That’s on us. Each one of us. And it will be difficult. But we can do it.

Oaths are worthless and talk is cheap. permalink

The days of “move fast and break things” need to end. It’s time to go back to “don’t be evil” above all else. It doesn’t need a Hippocratic Oath for the data industry.

It just needs people to think about something more than themselves. Future generations will judge us badly if we don’t.

The time to make real positive changes is now.